Divorces and separations are particularly difficult not only for the couple, but also for the children. During these breaks, minor children will have to decide which parent they want to spend more time with, and sometimes the situation forces them to make that choice in the context of legal proceedings. But not all variables have to do with the personal decisions of the little ones.

Although not all separations end in conflicts, it happens more than once that the breakup is not amicable and this means that the decision of the person who has custody of the son or daughter involves the use of lawyers and courts.

Expert psychology takes on particular importance in the face of the phenomenon of withdrawal from custody, being that branch of psychology that assesses the ability of the father or mother to have sole or shared custody. Let’s see its importance and what aspects are taken into account during childcare decision-making processes.

Expert psychology in the event of withdrawal from custody

Divorce or separation proceedings are a consequence of the deterioration of the relationship of two spouses who, after not having found a solution to the relationship, choose to end it by resorting to legal rupture. This process not only affects the couple’s relationship, but also the children in common, if any..

In fact, the impact of separation or divorce also falls directly on them, also becoming the subject of dispute as there is often a conflict of interest as to which parent gets custody.

Parental divorce means their children have to adjust to a new environment, new homes, and even see how their parents’ parenting styles change due to the stress of the process and the over-saturation of having to raise their children separately. , since the efforts are duplicated. The family nucleus changes, supposing a great alteration of the emotional level of all those involved.

On many occasions, parental break-up is not amicable, triggering a harsh and stressful legal process in which a decision must be made as to which father or mother is best suited to hold custody of minors, whether they are in custody. shared custody. Expert psychology in the event of removal from custody is essential to the resolution and decision of which parent should have custody of their child and, if lost, get it back later.

When parents fail to come to a custody agreement, it is common for them to turn to forensic and expert psychologists, both directly and through their lawyers, to understand what elements may affect them. save the custody and custody trial, or what is expert evidence. possible to provide.

It also happens that after having made known the conclusions of a psychosocial report made to both parents, sole custody is granted, that is to say that custody is incumbent on a single parent. The parent dissatisfied with this decision, who is usually the one who does not have custody, has as evidence against a report stating that he does not meet the necessary conditions to have your child, the reason why custody was removed.

Faced with the withdrawal of custody, the non-custodial parent deems it necessary to present a modification of the measures, and his ally (or enemy too) may be the psychological expertise in the course of divorce or separation, requested by a judge or by the lawyer for the interested parent. This expert report assesses the possibility of shared custody, parental capacity, or even an assessment of minors is carried out to find evidence that shows that the non-custodial parent must have a certain degree of custody or not.

Expert psychological reports on removal of custody are of great help, as whether or not they serve the parent unhappy with the court’s decision to regain custody or not, these reports they are used to examine the family context and to identify the most appropriate measures to be taken by the court in charge of the separation or divorce case.

Reports of this type can also be made with minors. In divorce and separation proceedings, psychological assessments of the child can be provided if necessary and, in addition, it must be said that the authorization of both parents is not required, regardless of the custody regime that is required. ‘They hold. This, yes, they must be informed that their son or daughter will be assessed, as specified in article 42 of the Code of ethics of psychologists:

“When the said assessment or intervention has been requested by another person – judges, teaching professionals, parents, employers, or any other requester other than the subject being assessed – the latter or his parents or guardians shall have the right to be informed due to the evaluation or the intervention and the recipient of the consequent psychological report “.

Key aspects assessed in cases of withdrawal from custody

Sometimes conflicts between parents precipitate legal proceedings in which normally only one of them can be assessed.

In these cases, what is usually done is a parenting proficiency or parenting suitability report, the purpose of which is to determine the presence or absence of any problems or dysfunctions on the part of the father or mother being assessed that may affect the correct care and development of the child for those who show an interest in acquiring custody, also analyzing their ability to exercise maternal or paternal capacities.

It is also through these tests that we try to exclude whether the assessed individual tries to show the expert psychologist a distorted image of himself, assessing whether he is trying to fake and disguise the personality characteristics. , instead trying to convey a positive image of himself. to be honest and true.

For its realization it must have been previously carried out a thorough and thorough investigation and assessment of the parent and / or minor involved:

Once the psychological expert report has been completed, it will give key information that will help the court to make the most appropriate decision, always thinking and prioritizing the Best Interests of the Minor (ISM). The report in question will expose the psychological state of the parent and, depending on the distance or proximity to what are considered typical characteristics and behavioral style of a good parent, You will or will not have custody of your child, both as a single parent and as a shared parent.

In this report, it is observed whether the evaluated parent has the following strengths:

The other aspects evaluated are:

That is, during the preparation and presentation of the report, the existence or absence of dysfunctions in the parent is examined and the type of profile that this individual presents as a caregiver is established. The presence or absence of positive protective factors in custody and custody is also analyzed., and the court is informed of the functionality of the family nucleus.

When it has not been possible to carry out an expertise on the psychological state of the parent who wishes to see if he is able to keep custody of his son or daughter, other means are used to judge their aptitude to parent. Here, attention is paid to their level of income, the working hours compatible with the children’s schedules, the proximity or distance from the other parent’s home, the evidence that they have shown an interest in their children (organization of birthdays, participation in school meetings, AMPA, excursions …).

As we have commented, a psychological assessment of minors involved in a separation case can also be carried out. During this assessment, do the following:

In addition to the realization of these points which we have just evoked, it will be the same for any other factor which could be related to the objective of the report, in the case where only the minor is seen and not the parent.

It is also the task of the expert in psychology applied in police custody cases to be able to propose to the court a series of recommendations considered interesting or necessary to improve the adaptation and emotional well-being of one of the experts.

These recommendations are, as a general rule, of a therapeutic nature, recommending contacting a psychologist specializing in the mental disorder observed in the parent or the minor, if there is one, or a form of anger management therapy. if there are problems controlling this emotion.

Are you looking for expert psychology services? 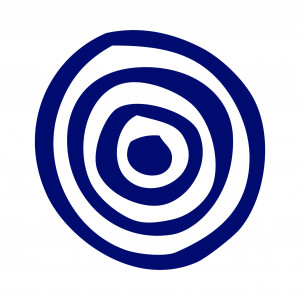 At Azor & Associates We intervene in this field and also in that of psychotherapeutic assistance.

Check our related article here: what is mend means